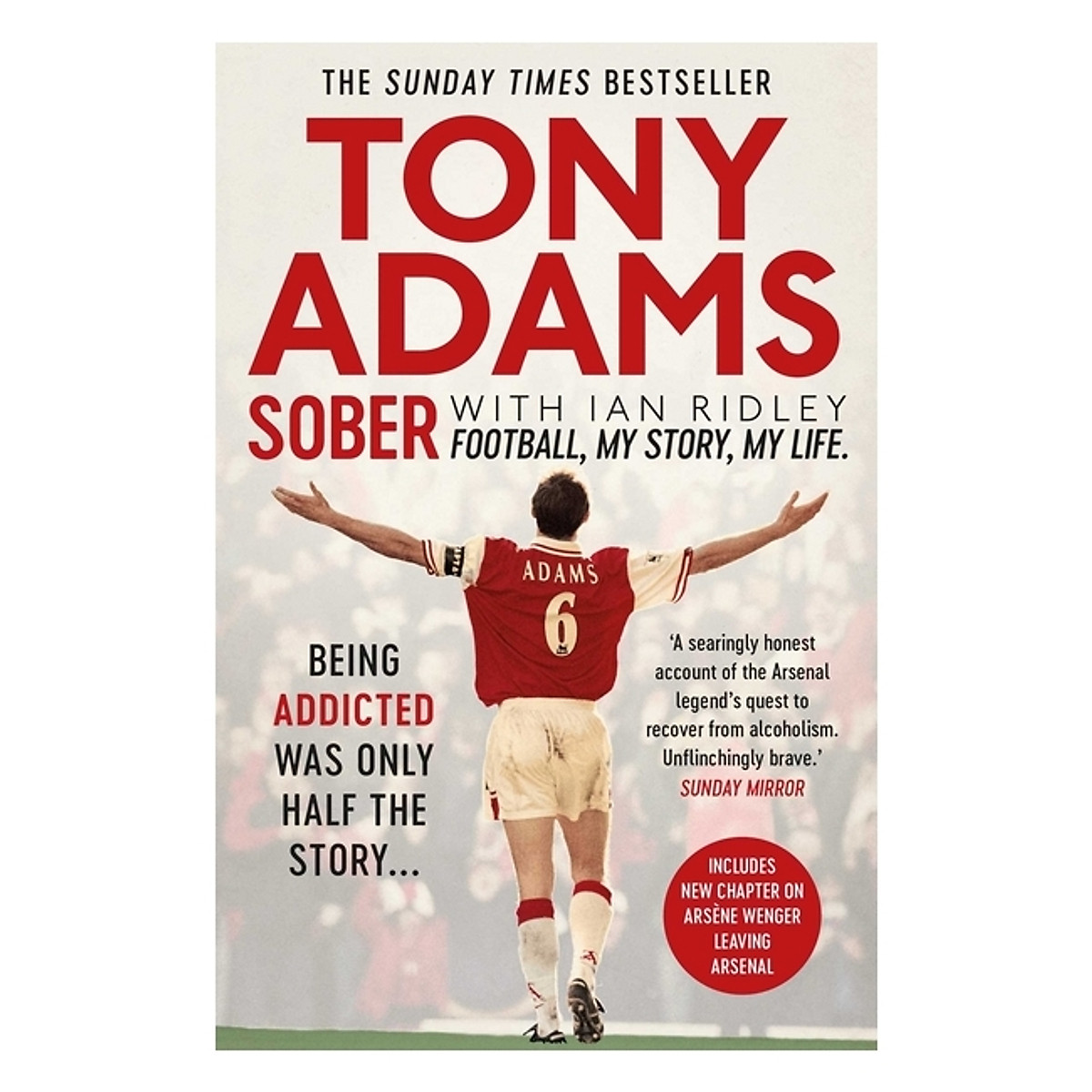 Tony Adams was a charismatic figure on the football field, a true leader for Arsenal and England. He won league titles in three separate decades, and after the Gunners moved to their new stadium at the Emirates, it was fitting that a statue of him was erected outside to celebrate his extraordinary career. But, for much of that time, he was also drinking heavily and eventually admitted in his book Addicted that he was an alcoholic. Now, in that book’s stunning successor Sober, Adams reveals what happened next. He discusses the impact that Arsene Wenger had when he arrived at Arsenal in 1996, and how the manager’s new methods helped extend his career and brought new success to the club. Always a great thinker on the game, Adams moved into coaching and management on retirement, playing a key role in Portsmouth’s famous FA Cup triumph in 2008, and taking on new challenges in the Netherlands, Azerbaijan, China and now Spain to broaden his perspective. He movingly explains the struggles he’s faced to stay sober for twenty years and why he set up Sporting Chance, the charity which provides treatment and support for sports stars suffering from addictions. He gives his incisive thoughts on England’s continued failings in major tournaments and assesses why Arsenal have struggled to repeat the title-winning formula of his own time there.